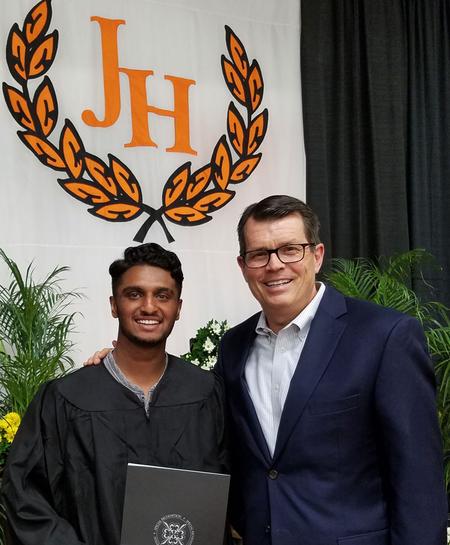 The CATA, producer of the Chicago Auto Show, worked closely alongside Cooling during the annual productions of NBC's Chicago Auto Show TV special and developed a lasting relationship with her over the years. Cooling was the strong foundation to a successful partnership that led to multiple Emmy wins for the show. Although Cooling's official title at NBC was "Director of Special Events," she was most frequently referred to as the "heart and soul" of the station.

"I felt that I could relate with what Carol Cooling went through," added Philip. "This scholarship was definitely one that caught my eye right away while searching for scholarships at school. I felt that it called my name and I was inclined to apply. Earning this scholarship makes me feel proud to be where I am today and I'm glad that I worked for it. I am grateful to have received the Spirit of Carol Cooling scholarship. Thank you very much to the Chicago Automobile Trade Association for making this possible."

Philip will attend Drake University in Des Moines, Iowa, this fall, where he will pursue a major in biology with a concentration on pre-professional pharmacy. The CATA will fund the scholarship through 2023, and John Hersey High School students will have the chance to apply again next year. The grant recipient is selected by the school based on academic and personal excellence.

"Carol was not only a key liaison between the CATA and NBC Chicago, she also was a dear friend," said CATA Chairman Ray Scarpelli. "We couldn't think of a better way to honor Carol and keep her legacy alive than by recognizing a young person with high hopes and dreams who also embodies Carol's characteristics."