Chicago Automobile Trade Association Donates $1,500 to Inside Out Club of DuPage County

The CATA created the Chicagoland Dealers Care program in 2008 to build upon the charitable efforts of CATA's dealer members within their communities. Continental Mazda of Naperville has been a supporter of Inside Out Club since the charity was initially founded in 2012.

"The CATA applauds Continental Mazda of Naperville for their support of Inside Out Club, among other charities," said CATA Chairman Tony Guido. "This is a perfect example of the vital role that dealers play to help those in need - right within their local communities."

Inside Out Club's mission is to develop children - ranging from 3 to 12 years of age - with character inside and out by teaching empathy, kindness and acceptance skills through programs within local schools. The Inside Out Club has grown from one elementary school with 25 students to 29 schools reaching more than 1,450 students. The organization also hosts twenty weekend events a year within DuPage County.

"Continental's support has been instrumental in helping us achieve this growth," said Marion Ruthig, founder and executive director of the Inside Out Club.

The CATA has been a longtime supporter of local non-profit organizations. Since its inception in 2008, the Chicagoland Dealers Care program has donated more than $100,000 to local charitable organizations supported by new-car dealers. Additionally, since 1992, the association has raised $50 million for significant Chicago-area charities during the annual First Look for Charity black-tie event, held the evening before the Chicago Auto Show opens to the public. 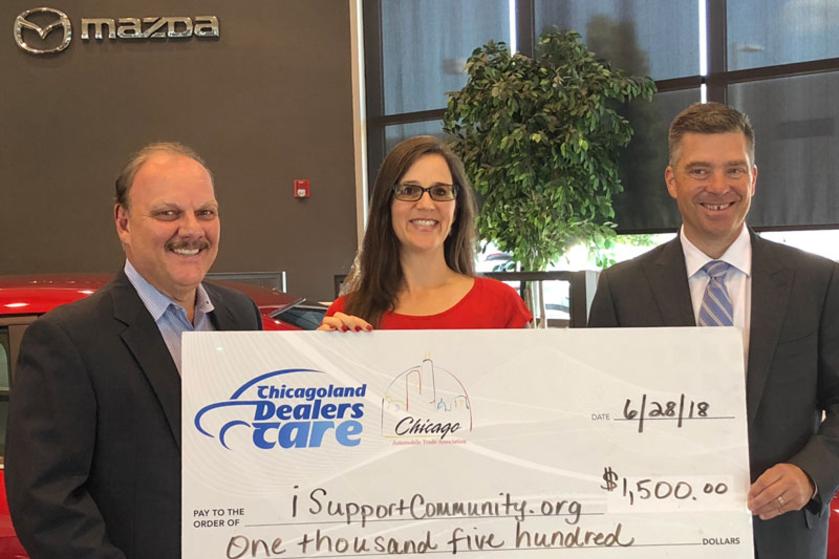